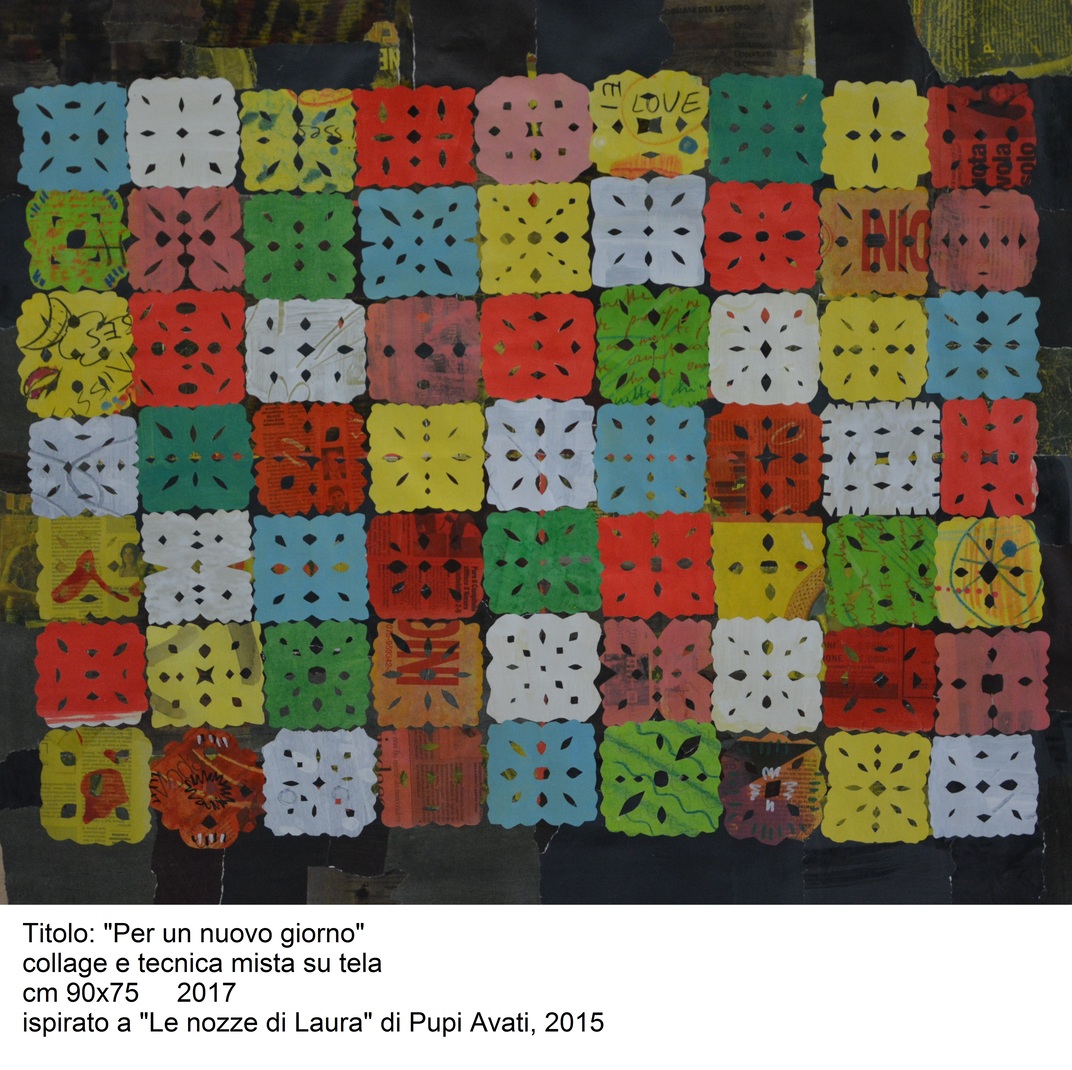 Contemporary art often abandons formal beauty and its representation and aesthetic complacency, in order to shift attention on conceptual grounds or on social analysis. Invested in a provocative role, which is needed in order to stimulate careful thoughts and to provide different keys of interpretation, it enables the artworks to instill new meaning to what happens around us.

Often it happens that contemporary works are misinterpreted or misunderstood, sensed as alien or distant, when in reality there is nothing more “humane” than that. Humane in the literary sense of the term, hence something in the service of men, which can turn into an instrument of analysis and investigation, in order to retell reality and its events in every facet: an instrument to fathom, stimulate, and give new order to ideas.

This is what we can see in Elena Di Felice’s latest period: a curious and eclectic artist, in continuous evolution. An artist who doesn’t settle, who always pushes for more, through a reasoned research, in the attempt of offering something new and stimulating, in order to establish a line of communication with the observer.

The curiosity and attention towards man and society are the stimuli of Elena Di Felice’s production. Especially in the latest period, the artist focuses on social and political chronicles: read and interpreted through juxtapositions of shapes and colors of destabilizing and surprising taste.

Technique, shape and thought proceed on the same path, in perfect harmonic pace, and they make use of an extremely personal pictorial language, which embraces symbols and hues generating pictorial sceneries where the observer can plunge in, at the quest of a hidden meaning, never revealed or self-evident.

The technique employed in the collage is enriched by meanings, as the ripped, shredded, thrown paper turns into a metaphor of a whole of meanings in continuous evolution, ever-changing, in an infinite cycle of transformation, which is eternal construction and destruction.

The shapes which inhabit Elena Di Felice’s last works (insects, flowers, plants, sweets, puppets…) are elementary shapes, loaned from daily life, and which on canvas are invested with new content: elements full of daily references, as reality is the big container from which to draw for creations, each with its own story, linked to a precise experience.

The expressive meaning in all of Elena Di Felice’s work arises from ideas and reasonings which lead to new visions, built on infinite combinatorial possibilities of shape, matter and hues: images of a brilliant visual presence, animated by bright colors, are captivating presences which, beyond their playful appearance, hide a whole of codes, references and symbols.

We are in front of a conscious language, which establishes a direct relationship with reality and social history. Paintings animated by figures from childhood, like the colored bunnies of “Message”, “Notizia shoc”, “Personaggi”, drawn on collage, using newspapers’ articles, where titles often screech with the “cuteness” of the puppets.

Technique turns into metaphor of the thought, and in artworks like “Per un nuovo giorno” or “Peluches”, dedicated to violence of gender and to the condition of the woman, the structural whole plays on the contrast between the tiles – rigorous and geometrical – which recall the patchwork rugs and the sartorial and domestic work women were forced into, in contrast with the free color, vibrant and random, and the presence of sweet innocent-looking little monkeys. Still on the same topic “Peluches e bombons”, “Love story”, “Una rosa”: all paintings with a strong expressive side, animated by roses, sweets, objects, that the woman receives as presents, and which is in contrast with what is still the actual condition of women.

Subjects that become symbols and who are born from an acute reflection on events, which aspire to shed a light on our humanity and our society, using trivial objects which inhabit our lives.

Hence provocative artworks, blatant manifestation of an impending desire to communicate, to stimulate thoughts, to not succumb to indifference or worse, to not become shallow, like one of her puppets, highly symbolic and thought-provoking.

Her canvases are rich with evocative details, which come back in each different canvas, becoming recognizable components: a gallery of images animated by subjects which appear to have no pertinence with the whole, as these elements are extrapolated in order to become formal elements, rich in visual presence and brightened by colors which reinforce their attractive potential. Their lightness becomes a captivating escamotage which doesn’t impose a moral lesson, but aims at stimulating a reflection, and their surprising value is sign of an intuitive curiosity.

And if at first glance this modus operandi might seem trivial and empty, it results on the contrary to whom knows Elena’s thought, complex, irreverent, ironic, provoking, highly conceptual. As these are artworks which hide labyrinths of meanings, built to let us beyond the mere sign: creative structure, the result of a perceptive tension which arises from a never-ending curious reflection.

What is found in her long and fruitful creative path is a bond in her artistic production, as every creation is somehow linked to the one before, presenting an evolution, a cognitive consequence.