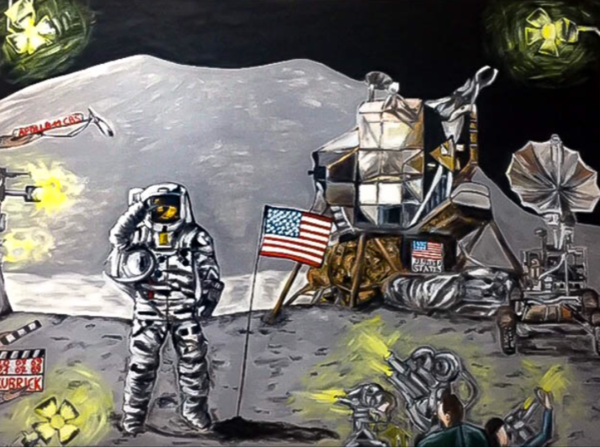 Marussa Giovinazzo is a curious and multifaceted artist, who experiments in different fields (painting, sculptures, writing and design), using different techniques and expressive languages while maintaining a well-defined and personal stylistic signature.

Marussa Giovinazzo’s art is ever-changing, testifying a perpetual quest for her soul, in an infinite space between dream and reality, rational and irrational, oneiric and objectivity, sign of a creativity in turmoil which doesn’t settle nor stop, in constant need to question herself and looking for those underlying meanings, which only a sensitive nature is able to capture and transform through lines and colors.

Each of her artworks is open to multiple levels of interpretation, and is able to disrupt references in order to create suggestions of charm and mystery. We find more or less explicit symbols and references to geometry, to science, to esotericism, to science-fiction, to history… in a string of reflections, representing the urgency of an artist who tries to recuperate the pure and primal sense of things.

Marussa Giovinazzo’s creations are loaded with a sensorial charge, leaving a deep sign in the observer, as hers is a gaze reaching beyond the tangible reality, delving into a dimension with no objective respective.

The chosen subjects are situated in a suspended time, in a context outside objectivity, where lines, shapes and colors become representatives of a metaphorical and mental measure. It is a captivating production in which thoughts and reflections are wrapped in an intriguing matrix.

Us spectators need to stop time for a second and get lost in these images now figurative, now conceptual or oneiric: we have to stop in order to perceive the meditative value, to fully appreciate the virtue of a gaze which penetrates the perceptible and gives back its substance in a vortex of sensations – the necessary condition to go beyond the matter.

In Marussa Giovinazzo’s path remains an emotional tension which denotes that long trip which is born with an idea and reaches the creation, characterized by a deep and attentive analysis which is shaped by an intense analysis of the artist.